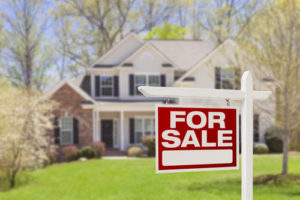 According to a recent study, the housing market is hot and continuing to heat up in Livingston County. Local professionals say there’s a residential real estate rally during this super summer, as home and median sale prices hit a 10 year record high. Todd Buckley, President of the Livingston County Association of Realtors, says in any market, Livingston typically has one of the top median and average sale prices in the state. That median sale price has increased from just over $216,000 in June of last year up to $240,000 in 2016. Residential and condo sales have increased by 6%, however Buckley says that increase is “nominal at best”. He believes sales would be even higher if the supply matched the demand. In fact, at the end of June, just 944 homes and condos were for sale, compared to last year’s 1,158. Buckley says that’s an 18.5% drop and feels the lack of inventory is holding the market back. Buckley says it’s difficult to pinpoint what’s causing the shortage, but it’s become a “vicious cycle”. Residents are reluctant to put their homes on the market because they’re afraid when their home sells, they won’t be able to find a new one, due to the lack of inventory. Buckley says this is keeping sellers, who are also buyers, from the housing market, which feeds the chain. Buckley encourages buyers and sellers to talk to local real estate professionals and realtors who know the neighborhoods in Livingston County. He says personalized attention is best in order to make educated decisions. (DK)